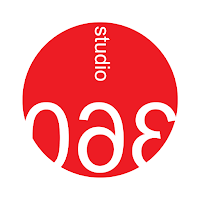 Proprio nella giornata che la vedeva impegnata agli #ECHO216 a Berlino, l'emittente radiofonica statunitense Studio 360 | WNYC ha messo in onda un'intervista ad Enya rilasciata durante il suo secondo viaggio promozionale a New York il mese scorso. L'intervista, condotta dal romanziere Kurt Andersen e intitolata Enya Sails Away on an Ocean of Stars, è stata rilasciata in formato podcast (durata 17 minuti) ed un estratto è stato riportato sul sito. La chiacchierata tra i due - a cui partecipano negli ultimi minuti anche Nicky e Roma Ryan - è intervallata da una playlist costituita da alcuni brani della cantante ed uno dei Clannad (Orinoco Flow, Dark Sky Island, Boadicea, Mhorag 'S  Na Horo Gheallaidh,  Lazy Days, The Humming, Aníron ed Echoes In Rain).
Qui di seguito l'estratto dell'intervista
When Enya released “Watermark” in 1989, her first solo album became an international hit. Since then, she has continued to release albums every few years — and even appeared on the soundtrack of “The Lord of the Rings.”Late last year, she released her seventh album, “Dark Sky Island,” a collection of new songs showcasing the ethereal voice that launched her career nearly three decades ago.
During a rare trip from her native Ireland to the US, Enya visited Kurt Andersen in Studio 360 and talked about speaking Gaelic, living in a castle, and the inspiration behind her latest album.
Kurt Andersen: Did you grow up speaking Gaelic?
Enya: Of course. It was my first language, and still is my first language.
I read that this album was inspired by a place called Sark Island. Where and what is Sark?
Sark Island is one of the Channel Islands off the coast of England, and this island in particular, [my lyricist] Roma had written a poem about. The story about Sark Island is that it’s the first island to be designated a dark sky area. There’s only 600 people that live on this island. They never had cars. The only means to get to the island is by boat. I’ve not been —
Really?
Yes, but I’ve met a lot of people who have been. If you go outside on a clear night, there are certain landmarks we would look for, but it’s impossible to see because of the vastness of the stars.
And so your lyricist Roma Ryan found out about it and decided to write poem?
She wrote this beautiful poem. It was a lovely inspiration for me because I love the sea; I love stars. Being brought up in Donegal on the Atlantic coast, there wasn’t a lot of light pollution. So when she told me this story, I could relate to it. So much so that it was the inspiration for the first song I wrote.
Qui sotto l'intera intervista da ascoltare (e scaricare)